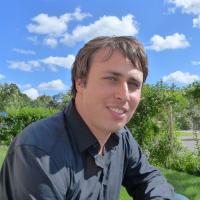 Born in West-Flanders, Belgium, and growing up with influences such as Vangelis and Jean Michel Jarre, Bryan El started experimenting with sounds himself. This ultimately led to the release of his first album "Out Of This World" in 2008.

Those who like to indulge in the atmosphere of premium electronic projects that challenge the vast boundaries of synthesized music with Classical influences, should feel right at home. 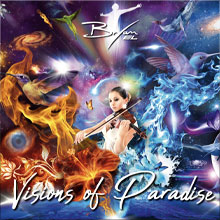 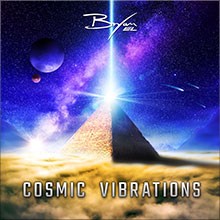 My new album "Cosmic Vibrations" will be released on October 2, 2020. 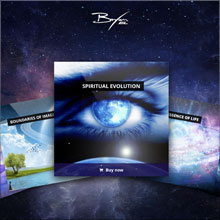 Many thanks to my brother Davy El for creating the awesome new website now supporting mobiles devices. 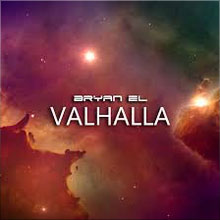 Enjoy the new track "Valhalla" on Spotify, iTunes and Deezer.

The winners of the review contest are:

Thanks to everyone who participated for your amazing feedback!
The winners will receive their prize shortly.

Write a review about the new album "Essence Of Life" on ITunes or Amazon for a chance to win the digipak album (sent to your address) + High-resolution files (24bit, 96kHz) and a personal email from Bryan EL with six of his exclusive never before released tracks and remixes.

The winner will be randomly selected on July 1st.

For further instructions about the contest, read the rules.

My new album "Essence Of Life" is now available for download on ITunes, Amazon, Beatport, Spotify and many other online stores. The physical CD is available exclusively at AMAdea Records.

I want to thank you all for your amazing support over the past few years and I hope you enjoy the new music.

My new album "Essence Of Life" will be released on April 27, 2015. You can listen to exerpts from the album by clicking here. Pre-order your copy now at amadearecords.com

My remix of Ryan Farish's "Life In Stereo" is now available on ITunes.

My new album is now available on ITunes and many other digital stores worldwide, while the physical CD is available exclusively at the AMAdea records store. Check out the new video with samples from the album here. Thanks to my brother Davy for the cool new webdesign. I hope you all enjoy the album as much as I did composing it.

AMAdea records has just announced that my new album will be released on June 13, 2012. You can already pre-order your copy from the AMAdea store now.

Special thanks to: My brother Davy EL for designing the outstanding cover artwork. Améthyste Spardel for lending me her amazing voice on Angels Cry. Michael Leonard for his great contribution to the lyrics of Angels Cry. And you ... for your continued support.

I've finished producing all tracks for upcoming album "Boundaries Of Imagination". The album is currently being mastered at AMA-Sound. When this process is completed the album will be distributed to various online stores. So it's just a matter of months now until release. Seems there's light at the end of the tunnel after all. :)

Happy New Year everybody! 2012 will be an amazing year I just know it. I want to thank you all for your continued support. It means so much to me. As token of my gratitude I want to start this new year by sharing another song from my upcoming album.

If all goes well, my next album should be ready for release in 2012. Although I can't say the exact date yet. To give you an idea about some of the songs on the album I have prepared a short demo compilation. Enjoy!

AMAdea records has just released their third compilation album "Chill-Out Dreaminess - Green Session". It contains tracks from various amazing composers such as Améthyste, Green Sun, Tigerforest, Painted Water and many more. It also holds two tracks from my upcoming album Boundaries Of Imagination. "Serenity" and "Orientalis". The artists at AMAdea thank you for your support and wish you lots of listening pleasure with this release.

Wayne Gerard Trotman, British independent filmmaker, writer, photographer, composer and producer of electronic music - was so kind to take my interview. You can read it at his blog.

Dear friends, It's been a while since last update so I taught I'd let u all know I'm still alive and kicking. As I'm about halfway through the production of my new album I wish to reveal one of it's new songs "Serenity". You can listen to it by clicking here. Sit back, relax & enjoy!

As I am working on my next album "Boundaries Of Imagination" I decided to upload one of my new tracks "Orientalis" to myspace  to give you a little taste of what's to come. You can listen to it by clicking here. Although it's still way too early to give an exact release date for the album I promise it will be worth the wait. Fans of "Angels Cry" will be happy to know that there will be an amazing vocal version of the song included on the album sung by none other than Améthyste.

I've had the pleasure to be interviewed by John P. Olsen & B.T. Fasmer regarding my music. You can read the interview at www.newagemusicworld.com

Order your copy of "Spiritual Evolution" and "Out Of This World" now from www.amadearecords.com and receive FREE shipping to any location worldwide!

I would like to announce that Sleepthief's amazing single "Reason Why" has just been released on iTunes along with my own mix version, the Blue Stone remix, Chris Brush mix and a beautiful bonus track "Asunder".

My new album "Spiritual Evolution" is now available at the AMAdea records store. It's also digitally available from iTunes, Amazon, CDBaby, (more digital stores...) Watch the YouTube music video here. I hope you enjoy the album as much as I did composing it. Thank you all so much for your support!

AMAdea records has just released their new compilation album "Chill-Out Dreaminess - Blue Session". The album covers great artists such as Amethyste, Sleepwalker, Tigerforest, Green Sun, Painted Water and Otchenga Zoom. It also contains two tracks from my album "Out Of This World" which have been remastered. The album is now available from the AMAdea records store.

I'm proud to announce I've had the honor and joy of remixing Sleepthief's "World Gone Crazy". The mix is now available on iTunes. The complete mix package also includes other great remixes by MikelD, Nick Wax, Sepiamusic and Sandro Peres.

I'd like to present to you all the vocal version of "Angels Cry". Vocals & lyrics by Rain-King (Michael Leonard). I'm truly happy with the result. I believe he's taken his voice to the next level and proven what a talented singer he really is. He knew exactly how to capture the emotion fitting to this song. I'm looking forward to future collaborations with him. You can watch the YouTube video for this song here. I wish you lots of listening pleasure.

Download the high quality version from iTunes. View the video for this track on YouTube. The Jeff Woodall remix is also available on iTunes.

I have uploaded a music video for my new track "Ascension" to YouTube. The track will be on my upcoming album "Spiritual Evolution". Consider it a taste of what's to come :) For the video I used footage from the movie "August Rush". Scenes were cut and arranged to fit my music. Sit back, relax and enjoy!

I hold the first copy in my hands and it feels like a dream come true. :) The CD holds 13 tracks. The extended version of Road To Atlantis is included on the CD. The CD also contains the exclusive remastered version of Solaris. The album is available at AMAdea records and digitally downloadable on iTunes. I'd like to thank all the people that helped make this possible. Your support is greatly appreciated. I wish you all lots of listening pleasure.

After the amazing feedback I got on my song "Solaris" I decided to make a music video for it. Click here to watch. Enjoy the music and let it relax you! Thanks to the harmony channel and your support.